THE LEGACY BALLROOM is handled by A Catered Experience, a division of Zippy's Restaurants

Your support is vital in promoting and preserving Okinawan culture.

Okinawa’s Post-War Recovery Efforts
The HUOA played an important role in Okinawa’s post-war recovery effort by sending clothing, livestock and other essentials to help the people get back on their feet after the Battle of Okinawa during World War II. That relationship created a bond between the people of Okinawa and Hawaii’s Uchinaanchu community that remains intact more than a 70 years later.

From the end of World War II, when Okinawa was placed under U.S. military rule, until 1972, when it was returned to Japan, the HUOA was acknowledged by the United States government and the Civil Administration of the Ryukyus as the official representative of Okinawans in Hawaii. In that capacity, the HUOA was asked to host official visitors from Okinawa and to participate in various government-sponsored programs. The HUOA involved its member clubs in carrying out these programs.

What is a club?
The charter member clubs of HUOA are comprised of families whose ancestors immigrated to Hawaii from the same region in Okinawa. The HUOA thus plays an important role in fostering the Okinawan ethnic identity as its goals are to preserve, perpetuate and promote the culture of Okinawa. Today, membership through the member clubs total approximately 40,000.

Other clubs, such as Maui Okinawa Kenjin Kai, Okinawan Genealogical Society of Hawaii, Hui o Laulima, Hui Makaala of Hawaii, Shinka, and Young Okinawans of Hawaii are organized around a geographical area or common mutual interest.

These member clubs were initially formed to serve the basic needs of the Issei (first generation Okinawans) by providing assistance, support and companionship in their times of need. That same kind of support continues today among the younger generation of Okinawans. The clubs help maintain continuity from generation to generation by planning activities for their members, including New Year’s parties, summer picnics, special projects, sports activities, and sometimes even tours to Okinawa. 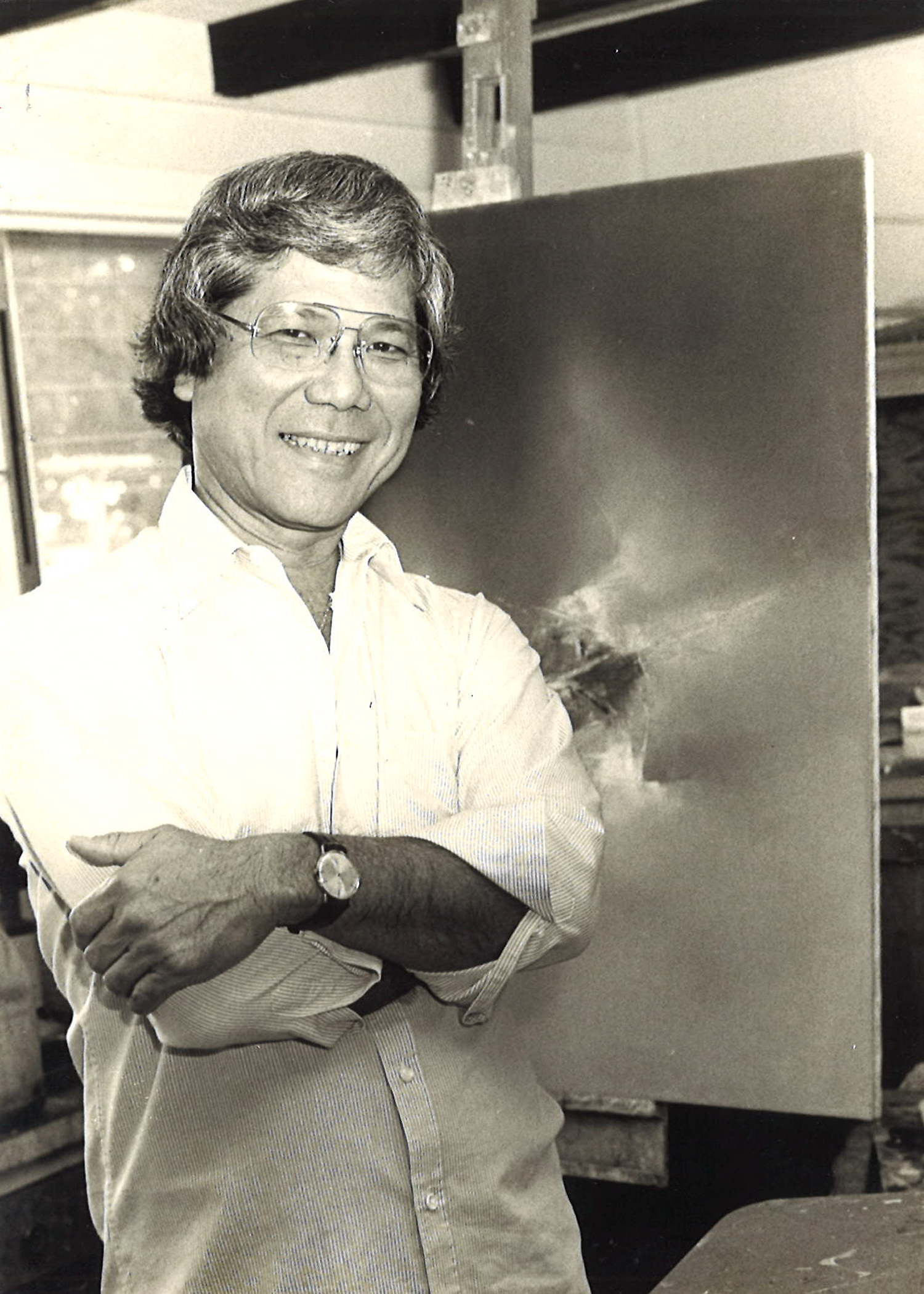 The HUOA logo is philosophically complex and is full of symbolism. It was designed by Seikichi “Chick” Takara, and exhibited at the Honolulu Academy of Arts in 1975.

According to the artist, the “U” stands for unity and Uchinanchu. Its calabash shape connotes the feeling of kinship; that all Uchinanchu are calabash cousins. The hollow of the “U” is reminiscent of bamboo which is clean and pure. The unbroken, bold outline of the “U” stands for solidity. Altogether, the “U” symbolizes the brotherhood of Okinawans and their idea of pure and solid hearts.

Reinforcing the idea of unity is the “O.” Within the circle are the Shurei-no-mon and sago palms which represent Okinawa, and Diamond Head which represents Hawaii. It indicates that the people of Okinawa and the Uchinanchu of Hawaii, though distant from each other, are one.

Excerpted from “UOA Logo” by Ruth Adaniya
Originally published in the Uchinanchu Newsletter, July 31,1983 (link to the article)